Have you been thinking about getting a pet? Pets are fantastic companions, but it turns out that “man’s best friend” is even better at taking care of his human than we thought. Studies have shown that pets boost our emotional wellness, keep us safer, and they improve our health.

In this article, we’ll go over statistics and anecdotal evidence to prove these facts. We’ll also provide some great ideas on where to look for your next pet and introduce you to George, our office mascot. Keep reading to learn more.

Heart health is increasingly important as you age because the incidence of heart-related issues becomes more common as you head into your golden years. Some common heart problems that get worse with age are hardening of arteries, plaque build-up in the heart, high blood pressure, and arrhythmias. If left unchecked, these can lead to heart attack, stroke, heart disease, and even heart failure.

To combat this problem, most doctors recommend physical activity, but many of us don’t tend to want to go on walks unless we have a reason to do so.

This is where our furry friends come in.

Dog owners are more physically active than their peers since they’re responsible for helping their furry friends every day. When you have a dog as a pet, you ideally have to walk daily, regardless of whether or not the weather is ideal. It’s no wonder studies have shown that owning a dog reduces the risk of cardiovascular disease and death. 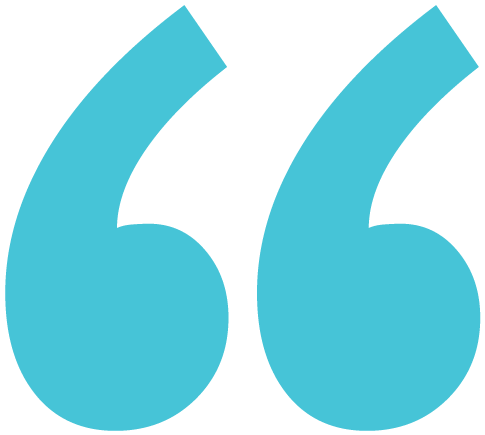 Pets are fantastic companions, but it turns out that “man’s best friend” is even better at taking care of his human than we thought.

If you’re single, it’s an especially good idea to have a dog. A study found that single dog owners lived 33% longer than other seniors and decreased their chances of cardiovascular-related death by 36%.

Dogs can also serve as rehabilitation support by encouraging those recovering from injuries to mobilize and take walks again.

We’ve talked about dogs, but goldfish deserve a spot in the limelight, too.

Did you know that adding a simple aquarium to the home of a loved one with dementia can help them feel better? According to one study on the behavior of dementia residents, there were four different areas in which dementia patients improved, namely, cooperation, rational behavior, ability to sleep, and behavior improvement.

Another study showed similar findings. Prior to adding an aquarium, some dementia patients were more irrational and uncooperative, displayed more inappropriate behaviors, and had a harder time with insomnia. After adding the fish tank, they became calmer, more alert, and more willing to eat than before. Staff members were also more satisfied since they no longer had to work as hard for patients to eat or behave appropriately.

This isn’t altogether surprising. Pet owners universally report less social isolation, depression, and loneliness, so it really shouldn’t matter whether the pet has paws or fins.

While some studies seem to suggest less conclusive results about pets’ mood-boosting benefits, they show nevertheless that single dog owners and women still benefit from having a pet. This isn’t surprising, because several studies have shown that certain demographics can really benefit from pet ownership. For example:

Not only does having a pet give you some cross-species companionship, but it can also help you make friends in the human world. Pet owners tend to be more adept at getting to know people in their neighborhoods, and many times those new connections become life-long friends and social supporters.

This is especially true of dog owners. Interestingly, pooch parents were significantly more likely than other pet owners to regard the people that they met through their dogs as friends.

Pets are Part of the Family

However, the sense that pets are family doesn’t extend exclusively to dog and cat owners. Pet owners often feel the same way about fish, birds, and other pets.

One of the few things that cat people and dog people both seem to agree on is that pets are people, too.

Maybe more telling is that many pets get VIP access. A little over half (57%) of all pet owners go so far as to say they frequently allow their pets to sleep in bed with them, while only less 1 in 4 say they wouldn’t. Considering that 15% of respondents owned fish, that’s probably for the best.

Some pets do more than demand your time and attention. They’ll also earn their keep. One of the biggest deterrents for burglars isn’t a fancy alarm system, but a dog, which is why your pup ranks second only to CCTV cameras on the list of burglary deterrents. And according a study on crooks in Oregon, the bigger the dog, the more hesitant the crook. In the words of one bad guy, “Dogs are a deal breaker for me. Big breeds…are the best to keep people out.”

Many people will be surprised to learn that actor and rock star Jack Black used to be a career burglar before finding the spotlight. In his memoir entitled “You Can’t Win,” Mr. Black noted that “Dogs…are the bane of the burglar’s life.”

The same cannot be said, however, for home security systems. As Miami detective Freddie Burden said, “For an alarm to go off, certain things have to be triggered. A dog, regardless of what door or entrance you come in, he’s always there.”

And this just might be the real moral of the story: For seniors who are living on a fixed income, a dog is probably the best—and the most budget-friendly!—solution for home security.

Where to Find a New Furry Friend on the Central Coast

By now, you’re probably be thinking, “Just tell me where I can find a new pet!” Thankfully, there are several fantastic places to get a pet in and around San Luis Obispo, so to wrap things up, we’ll highlight two of the best.

Woods Humane Society has been SLO County’s go-to animal shelter for nearly 70 years and has locations in San Luis Obispo and Atascadero. Along with dozens of adorable dogs and cats who are available for adoption, Woods also offers dog training, youth programs, a spay & neuter clinic, and plenty of other great services for pets, pet owners, and animal lovers alike.

Formerly the Santa Maria Valley Humane Society, the SMVHS joined forces with the Santa Barbara Humane Society in 2020 to become the most important animal shelter organization between Los Angeles and the Bay Area. SB Humane’s Santa Maria campus is still located at the former SMVHS facility and is a great option for prospective pet parents anywhere on the Central Coast. SB Humane also provides veterinary care, spaying and neutering, and tons of volunteer opportunities. At this point you may be thinking, “They seem a bit biased about the benefits of having pets.” If that’s the case, you’re not wrong—although we’ve done our best to support our stance with hard facts and science. We do our best to try to stick to insurance, but as pet lovers, we’re pretty confident that adopting a pet is one of the best personal decisions you could ever make.

As exhibit 1A, we’d like to introduce you to our beloved office mascot, George Green. George has been with our staff since October of 2017, which means he’s provided SLO with over five years of exceptional health insurance service. ;) Although George is a hard worker, his job doesn’t feel like work for him. He loves brightening everyone’s day, whether staff or clients.

We can say from experience that we know all about the positive mood-boosting benefits of having a pet, because we see it all over peoples’ faces whenever George greets them at the door. You might say that the evidence is undeniable!

We can’t encourage you enough to add a pup like George to your life. While there are many things you may or may not notice, you will absolutely notice more bounce in your step and more joy in your day.

And, you might just notice a lower health insurance premium.

We’ve been making Health Insurance simple for SLO County for over 30 years.

With a combined 80 years of health insurance expertise, we’ve helped tens of thousands of people get the most out of their insurance dollars.

Get the Most Out of Your Insurance Dollars.

Since 1988, we’ve made health insurance simple for tens of thousands of people just like you in San Luis Obispo County, the Central Coast, and across California. Get a quote and start getting the most of your insurance dollars today.

Serving SLO County, Central California and Beyond Since 1988.

With nearly 100 years of combined insurance experience, we know how to help you find the best insurance coverage for your needs. Contact us today to get the most out of your insurance dollars.

Get A Quote Today